The annual scientific conference on Computational Linguistics and Intelligent Technologies "Dialogue" (26th in a row) was held in an online format for the first time.

Over the course of four days, researchers presented about a hundred reports in 14 thematic sections; more than 600 participants (linguists, data analysts, development engineers, and students) registered for various events at the conference. "Dialogue" remains the largest conference in its field in Russia.

In addition to the sections, there were round tables and panel discussions on the most pressing issues in the field of natural language processing (NLP). Topics discussed included new technological barriers in NLP, creating competitive open research resources for analyzing the Russian, and the reliability of research conducted on large Internet data.

In particular, the technological barrier in computer understanding of texts, a new open platform "RuSuperGlu" for collecting resources and methods of intellectual analysis of Russian, and a new effective open library "NeoML" for machine learning from ABBYY were presented and discussed.

"The conference is a mirror of what is happening today in NLP, one of the most rapidly developing area of Artificial Intelligence. Organizers do not need to come up with special topics for discussion, such topics naturally arise in the rapid flow of events, which involves many thousands of scientists and engineers around the world. Another thing is that sometimes you need to slow down a little and look around, compare plans with colleagues, analyze trends, not forgetting in particular what has always been a feature of the Dialogue: an interdisciplinary approach and a special interest in analyzing Russian" – comments Vladimir Selegey, Chairman of the program Committee of the Dialogue, Director of the Department of advanced research at ABBYY.

Invited speakers of the Dialogue have always been world-renowned scientists associated with the most" hot " research topics. This year, a speech by Manfred Stede from the University of Potsdam was of particular interest. This scientist is known primarily for his research in the field of automatic analysis of text logic, the so-called Argument Mining. In his report, he spoke about how modern research on the argumentative structure of texts is related to the practical tasks of automatic retrieval of information.

The Conference Proceedings contain papers from the international conference on Computational Linguistics and Intellectual Technologies “Dialogue”, representing a large range of theoretical and applied research in the area of natural language description, language process description, creation of applied computer-linguistic technologies.

Traditionally, an important part of the "Dialogue" was the Dialogue Evaluation forum, which summarizes the results of technological competitions for developers of automatic text analysis systems in Russian. Three competitions were held: to automatically determine the meaning of new terms by context, syntactic analysis, extraction from texts, and evaluation of goals and plans of economic activity. The result of such competitions is a new quality standard for solving such problems, with which all researchers can compare their achievements. The results of the Dialogue Evaluation once again demonstrated a sharp rejuvenation of computational linguistics: almost all the winners are students or recent graduates of universities. MIPT looks especially successful here. Yesterday's students of MIPT won two of the three competitions this year. 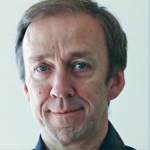